Beyond the initial 30 days, support packages are available.

No.  One device is 33″ x 41″ and works well in small rooms.  For multiple devices & classes, in this video you see Colin quickly and easily store S³ into a corner after class.  If space is a concern, email us a picture of the intended space at meghan@s3balance.com and we’ll make it work. 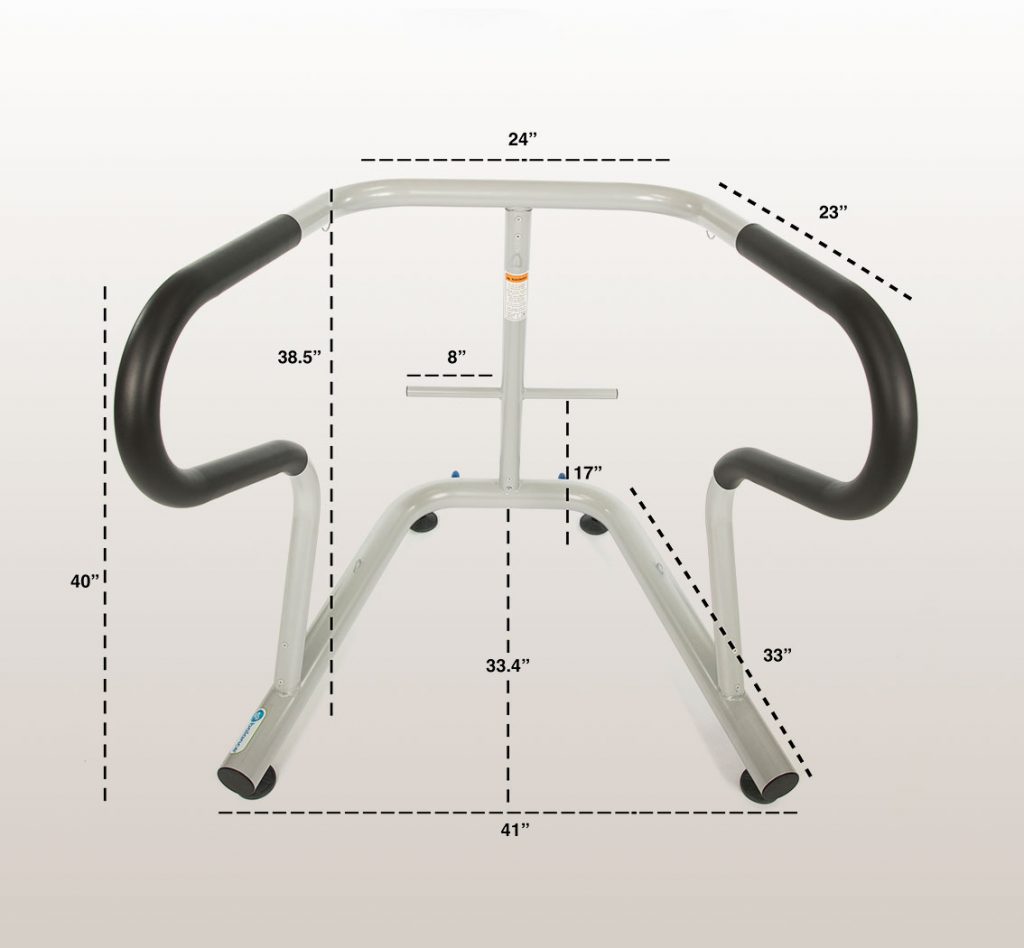 Beyond the initial 30 days, online customized assistance is available for $30 per 15-minutes by emailing colin@s3balance.com.

"Is S³ good for joint replacements?"

S³ can be a critical tool after joint replacement because it facilitates strengthening of key muscles (e.g., hips, quads) while improving standing balance to prevent falls.  Walking is great too, but research shows that strengthening in standing is necessary for best outcomes.

"Who can instruct people on S³?"

Anyone with a passion for independence through exercise would make an excellent instructor.  Just review the essential videos first.

Group classes can be led by staff, residents or via classes from our programming portal or exercise library.

To put in perspective, consider the average 10-pound walker.  Millions of folks use them and they’re considered safe because the hands touch a structure that touches the ground, which orients the body/brain in space to minimize fall risk.  This is called “neural grounding” and also why touching a hand railing makes stair climbing safe.

Compared to a walker, the S³ device also provides neural grounding, but also weighs 57 pounds and is only used for stationary activity.  So, even though a walker is considered to be very safe, S³ is exponentially safer.

Further, the S³ device/program has been proven to reduce falls by improving strength & balance because users are in standing.  If you’re doing seated activity in addition to spending most of the day in a chair, it’s safe to say these pose far greater liability to you and the resident due to muscle & mind wasting.

"How does a facility recruit participants for S³ classes?"

"What is the weight capacity of the device?"

"What are the height requirements for those using S³?"

The slightly inclined handlebars of S³ can accommodate people who are 4 feet, 8 inches up to 6 feet, 8 inches tall.  However, people outside this range have successfully used the device.

0
Your Cart is empty